Views from the field

Restrictions imposed by Covid-19 have forced changes to the way we all operate, not least in how community foundations engage with donors and undertake fundraising activities. This has been challenging but has also opened up new possibilities. Boris Strečanský, ECFI consultant, recently participated in a fundraising challenge for the Roots and Wings Foundation in Hungary. Here he reflects on the motivation of peer to peer fundraising and the significance of the value of participation in ‘thons’ as a demonstration of civic engagement and building
of social capital.

I recently completed my first “Dry Swimathon 2021” ever for the Roots and Wings Foundation in Hungary. Without dipping a toe in the water, public humilation, or photographic evidence that may haunt me, I was able to do my small bit of walking 150km to raise some money and to contribute to this form of dispersed civic engagement. My effort over 30 days gave me time to reflect on small scale philanthropy and fundraising.

The results of the campaign exceeded expectations of all. Donors who responded to three dozens of ambassadors (of whom vast majority if not all except me were Hungarians) provided over 18,000 EUR for the benefit of the Roots and Wings Foundation and the six initiative groups/new community foundations in the process of establishment. Ferencváros CF (one of the Budapest districts) raised also similar amount. The result in overall, is an encouragement and strengthening of self-esteem and independence for the growing CF movement in Hungary.

I write this in the time when we, in Central Europe, have felt the shock of the tornado that devastated South Moravia on 24 June. The level of destruction was shocking. However, what this terrible tragedy provoked has been a remarkable wave of solidarity response from the fellow citizens in the Czech public, which permeated also to Slovakia, Hungary and Austria. As Jiři Bárta, affiliated with Via Foundation in Prague, which is organizing one of the fundraising campaigns informed me, the amount of civic support to the affected communities provided through several public campaigns reached a record-breaking 40 million EUR in little more than a week time. Thousands of volunteers poured to affected area to help, making the affected villages buzzing with activity and good will. Zlatka Maděřičová, the head of the South Moravia Community Foundation whose house and community (Moravská Nová Ves) has been severely hit shared with me a story of a family with children that came to their village to participate in cleaning the debris. A prime example of civic education.

A scene following the tonando

Very hopeful is also the decision of the main organizers of these humanitarian fundraising actions to pool their funds into one basket and decide jointly on its allocation.  A rational choice elevating the value of collaboration over individual strategies. I wonder - there is so much lamentation about civil society’s decline, lack of trust, lack of collaboration, passivity.  But what can be seen in South Moravia right now, is the contrary. Civil society is thriving.

Neighbouring community foundations have joined these efforts as well. The Healthy City Community Foundation Banská Bystrica in Slovakia, just across the border, launched a fundraising drive in a solidarity to support the South Moravia Community Foundation. In addition private friends joined in and provide support to the family of the Director of the South Moravia Community Foundation through a fundraising page for individual assistance.Very hopeful is also the decision of the main organizers of these humanitarian fundraising actions to pool their funds into one basket and decide jointly on its allocation.  A rational choice elevating the value of collaboration over individual strategies. I wonder - there is so much lamentation about civil society’s decline, lack of trust, lack of collaboration, passivity.  But what can be seen in South Moravia right now, is the contrary. Civil society is thriving.

The Dry Swimathon in Hungary is also a fundraising drive, but different than the emergency fundraising in Czech Republic. It is organized in the stable situation, aimed at encouraging the efforts of people to develop organizations that strengthen solidarity, trust and responsibility at the local level - the community foundations. The main purpose of the Roots and Wings Foundation – for whose benefit I campaigned - is to initiate profound social change in Hungary by supporting bottom-up initiatives that increase individual initiative and responsibility, as well as strengthen trust and solidarity in society. This was reflected in the campaign strapline “May the force and civic courage be with us”.

Those who raise funds from individuals know that offering general or abstract causes is less effective than asking funding for a very specific and urgent cause. In this light, the result of the Swimathon fundraising campaign has been successful when taking into account that as a fundraising it was aimed at institution building effort and not for an emotionally strong or super-specific cause.

The money raised by me and other fellow ambassadors/campaigners will help seven community foundations that are in the stage of emergence - in the 2nd, 3rd and 14th Budapest District, in Nyíregyháza, Eger, Nagykanizsa and Zalaegerszeg. (As of today, three new community foundations have been registered in Hungary since May, which is a non-trivial outcome, congratulations!).

Why community foundations are important in Hungary today is given not only by the dire political context where civic activity that is not aligned with governmental policy is stigmatized and defamed. Community foundations contribute to strengthening autonomous civic action and the belief that “it is possible”, even in hard circumstances. That we do not need to depend on outside help, but as citizens and residents connected by the place, we live in can help each other and determine what is important while respecting differences among us. We can care for the commons. Perhaps that same message permeates from the South Moravia that shows how important is that there is infrastructure for giving as well as philanthropic organizations that facilitate the flow of energy and unleash agency that is “stored” in civil society. The more of it is stored in the network of civil society organizations, volunteering or the stock of social capital, the more effective is the coping with adversity in times of crisis in such communities.

Peer-to-peer fundraising is the Uber and Airbnb in the non-profit world. It is today one of the fastest growing segments within fundraising that uses combination of online tools and benefits from the distributed leadership with a minimal central coordination. The primary driver are distributed leaders, in this form - ambassadors, who use the shared infrastructure, the donation sub-page with the payment gateway provided by the organizer, which is the main function of central coordination. All the rest including the “sales pitch”, the communication, identification of the donors, follow-up communication, is handled individually and decentered by the ambassadors. In combination with some kind of a pledge - a “thon“ - Swimathon, walkathon, danceathon, runathon etc. it is an effective tool for the generation of trust and support with an element of performativity and gamification that prepares a cocktail inducing donors to give. Online social networks may or may not be used, depending on the preferences and approaches.

Naturally, new questions emerge along the emergence of new practices that benefit from the digital technologies. Issues of data ownership, privacy, safety as well as issues of algorithmic transparency on the side of the infrastructure owners who define how these processes work for donors and beneficiaries. The civil society needs to tackle them, especially if these tools will be adopted en-masse.

Back to my case. The most effective way of engaging donors for me were direct emails. Not Facebook as one could assume. And there is one more interesting feature. The Roots and Wings Foundation organized this campaign together with the Initiative Groups – emerging community foundations - in order to help them to better launch their campaign and inspire them in the early stages. This is a smart developmental approach, given that peer to peer fundraising is a not an easy concept to grasp and work with and having a buddy along the way is very helpful. The results are telling.

I am grateful to all those that supported my small effort and the Roots and Wings campaign, which was rewarding for all of us. 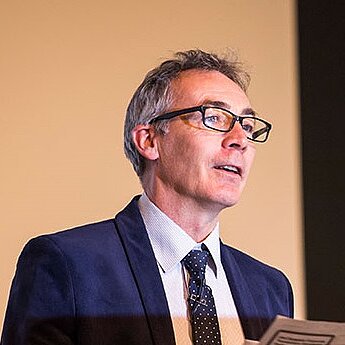 Latest views from the field